“Our rapport was instant, and working with Wayne was easy.  With his coaxing, coaching, and belief in my writing skills, my book became a cohesive story I believe everyone can enjoy, whether ghost stories scare them or not.

HEATHER DOBSON, author of Memoirs of a Future Ghost, shares 12 years of paranormal investigations through the lens of science, her agnostic beliefs and a twisted sense of humor.  This is her first memoir of a trilogy.  Visit her website at www.afutureghost.com.

I have worked with other editors, and with Wayne, I found the right fit with a healthy respect of each other’s goals and what it would take to attain them.  He’s a man of many talents.

JOE SHUMOCK, authored Sacrifice of the Lambs, a thriller about human cloning set in Prague, involves returning character and retired CIA operative, Rage Doyle.  He has published four novels since his retirement in 2007, and he recently added the Young Adult novel Briana and the Dog.  Visit his website at SilverSageMedia.com.

Wayne encouraged me to give myself permission to move past the imperfections of the first chapter and grow the entire book. He’s uplifting and motivating, plus during those times when I wanted to give up, he was persistent in coaching me to finish, and then he edited my book for publication.  The biggest lesson I learned is that nothing of value comes without very hard work and sacrifice. I already feel successful because I completed my novel.  That’s huge for me.

SHERYL PARBHOO is the author of The Unexpected Daughter.   An educator and mother of five, Sheryl is a native southerner living in Georgia.  She is known for her blog where she shares stories from her spicy masala/southern cornbread way of life, raising a large family with her Indian husband. Sheryl has been a featured contributor for Masalamommas.com, Twins Magazine, among others.  Visit her blog/website at  www.sherylparbhoo.com.

Wayne says he helps writers go from inspiration to publication; it is true, and it is a joy.  He reads the heart of the writer he works with, and this made it possible for me to keep working. Giving warm, sometimes funny, and always helpful feedback, he guided me through developing content, leading focus groups, editing final copy, and handling publishing, design and printing details.

ANN J. TEMKIN is the author of The Smoking Nun and Sight In The Sandstorm: Jesus In His World And Mine.  An ordained Protestant minister and previously a Catholic nun and licensed therapist, she is a self-described “half-breed” – half Jew, half gentile.  Through her ministry 4Dimensions, she leads retreats, offers spiritual direction, develops creative liturgical expressions, and teaches in churches and seminaries.  Visit her website at www.anntemkin.com.

Wayne was my biggest encourager.  Persistence is the key, and working with Wayne as a writing coach and editor helped me with feedback, direction, and commitment.

EILEEN L. COOLEY is the author of Newly Widowed, Now 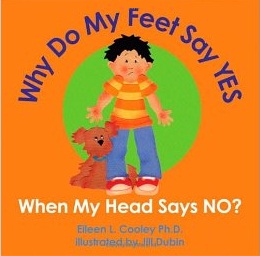 Socially Awkward: Facing Interpersonal Challenges After Loss. A Professor Emerita of Psychology at Agnes Scott College and a licensed psychologist in Georgia for over 25 years, she has also authored the children’s book, Why Do My Feet Say YES When My Head Says NO?

Wayne’s weekly Creative Writers’ Workshops were very encouraging, helping me keep my story at the top of my mind which enabled me to finish it. When I hired him to conduct a content edit, I realized his deeper talent. His insight was amazing, and I was overwhelmed with how strongly I agreed with points he made that I’d never thought of before. I incorporated all of his suggestions into Jaybird’s Song.

KATHY WILSON FLORENCE is the author of the novel Three of Cups.  An Atlanta realtor, commercial copywriter, graphic designer, and former columnist, this is her second novel following Jaybird’s Song.  Visit her website at www.authorkathyflorence.com/books.

Distance coaching sessions with Wayne gave me the support I needed to publish my book. Regardless of where you are in the world or where you’re at with your writing, I highly recommend Wayne. He has a keen intuition that allows him to quickly hone in on what’s most important, not just with technical aspects, but also in creating the safe space for me as the writer to find my voice. Working with Wayne has been the key to taking my writing to the next level.

ALEX SMITH is the author of Study U Abroad: The Five Keys To Unlock Your Awesomeness and Transform Your World.  He began writing his book in Madrid, Spain and completed it in his new home in Sweden.  As a Certified Professional Co-Active Coach, he works with students and expats helping them to create and live their best lives abroad.

After gaining the confidence to write on a daily basis from participating in his group classes, working privately with Wayne has been a cathartic and healing process.  I have ventured into a new genre, memoir, and written about my marriage to leave a lasting legacy for my children and grandchildren.

KAREN VANDERYT is the author of the memoir Afterglow,

published in December 2012, and its sequel, Obsidian Rose, published in Summer 2015.  During our course and coaching work together, Karen has also self-published three children’s books, as well as completed a novel and several short stories.  Visit her website at www.karenjvanderyt.com.

Wayne felt the heart in my stories, saw the importance in the book, and would not let me quit.  I was sure we could work well together when I learned he knew about and loved turnip greens with cornbread dumplings.  More importantly, he grew up in the the South aware of the struggles of black people.

BARBARA GRAY ARMSTRONG is the author of Honoring My Journey.  Her memoir blends the details of her family history into a societal context illustrating a story both personal and universal.  Visit her website at www.honoringmyjourney.com.

Wayne encouraged me to take a journaling class, and here he recognized the materials I developed for women’s workshops, which included personal stories, could be a book.  Through the years and pages of writing, he never let my passion wither.  He challenged me by presenting new ideas and ways to express in writing, as well as giving me encouragement to persevere.

SUZANNE JUSTICE CARR, PhD, is the author of The New Third Act: A Woman’s Guide to Midlife and Beyond, an accessible empowerment book for women 45-up based on her decades long clinical therapy practice and successful workshops paired with her own personal discoveries.

For years, ideas for books swirled in my head, but it wasn’t until I met Wayne that I felt confident to write them. He provided direction and structure, as well as comfort and support, unlike any other editor or coach I had previously met. He is a sage counselor, a supportive teacher, and now a good friend. With his guidance, I published my first book and am feverishly working on a second.

JOAN KAPLAN is the author of Heartfelt Fare: A Collection of Favorite Recipes From My Home To Yours, a combination memoir and cookbook launching The Kaplan Family Foundation to support four charities based in her neighborhood. Proceeds join contributions from her family each time she is involved in a real estate transaction.

Wayne’s careful read and suggestions were both insightful and useful as I put together my manuscript.

ANDREW LAWLER is the author of Why Did The Chicken Cross The World? The Epic Saga of the Bird that Powers Civilization, published by Simon and Schuster and a science journalist published in Smithsonian, National Geographic, among others.

I met Wayne at a Writer’s Forum where I was impressed with his inspiring and kind approach to new authors. When I decided to “go for it,” Wayne was the perfect encourager and editor for me. He was able to guide me through the complicated world of publishing, all the while staying positive and keeping me positive. And as he edited, he made sure my book retained my true Southern voice.

LYNNE BARFIELD BYRD is the author of The Sweetness and The Pits: Remembrances of a Georgia Peach, and The Queen of Dunwoody. A native Atlantan, Lynne holds a Master’s in Historic Preservation and has devoted years with the Dunwoody Preservation Trust listing historic homes on the National Register and working with preservation non-profits.

Wayne’s guidance and editing encouraged me to grow my story further, which was exactly the push I needed to finally make the leap to publish.  His kind words also reassured me that I might, in fact, have written a decent book after all.

JONATHAN LARNEY is the author of My Head Hurts! My Struggle With The Headache That Refused To Stop.

After a few months of his Writers Roundtable at FoxTale Book Shoppe, I hired Wayne for a content edit. Wayne delivered not only page-by-page comments, suggestions, and critiques on my initial draft, as well as a nine-page overview which I referred to during the rewriting process. I hired him for an honest assessment, no matter how tough, but he also gave encouragement and compliments.

SUE HORNER is the author of the novel Second Place Sister and the sequel Second Chance Sister. Visit her website at www.suehornerauthor.com.

Wayne has been very helpful in my writing process.  He offers feedback which helps keep momentum and focus, and his suggestions really make sense.  It has really made a positive difference!  I’ve recommended him to several colleagues, and know he can offer invaluable assistance.

GLENDA CORWIN, Ph.D., is the author of Sexual Intimacy for Women: A Guide for Same Sex Couples published by Seal Press.

Whether attending Wayne’s classes or employing him as editor and writing coach, I have found him to be a discerning professional.  His remarkable skill at reinforcing improvements or ignoring lapses, striking through or recasting a concept has made a difference for me as a writer.  For my own next-step-in-writing phase, Wayne is the right proportions of coach, critic, cheerleader, grunt and fairy-godmother.

DARDEN BYNUM has print and web publishing credits for magazines, newspapers, and books.  He is currently working on projects in several media.  He practices psychotherapy in northern California.